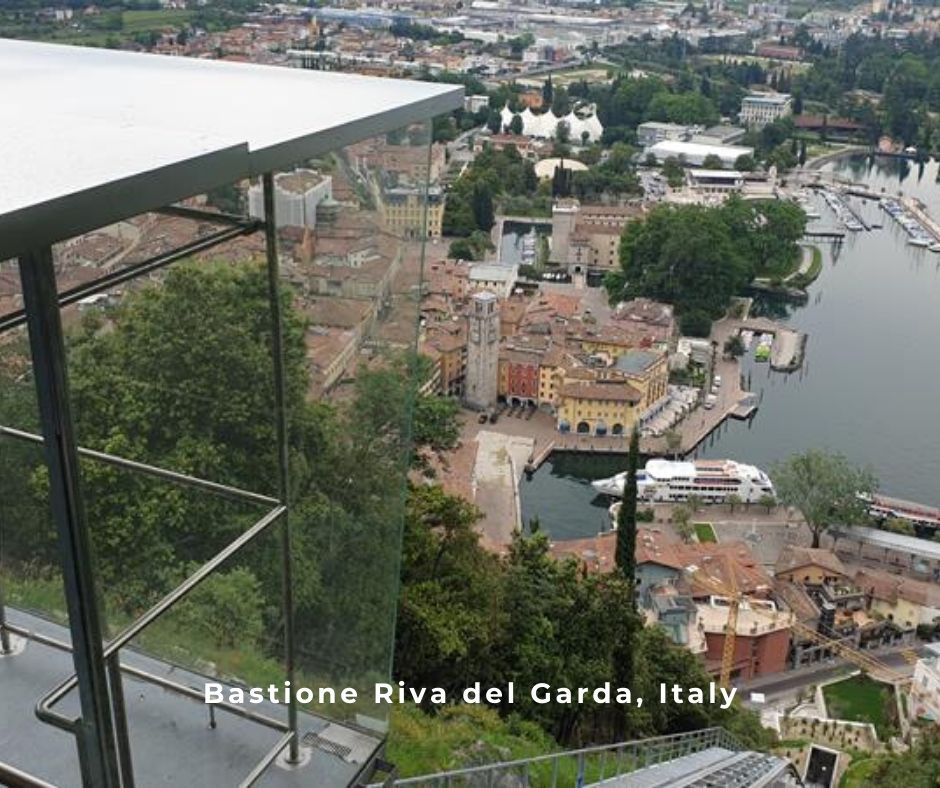 Climbing up a hill or visiting an archaeological site gets easier and safer thanks to Maspero Elevatori’s panoramic inclinators and APM systems.

The ancient Venetian bastion lays strategically at the foot of mount Rocchetta, so as to defend the ancient walled town and its lake. In order to connect the fortress with Riva del Garda center. Maspero Elevatori manufactured and installed a full glass panoramic inclinator, which, besides perfectly harmonizing with the surrounding area, allows its passengers enjoy the unique landscaper of Garda Lake.

Built in 1507, the Bastion was fully restored by the Autonomous Province of Trento between 2007 and 2008; it is a great example of fortified Renaissance typical architecture.

The inclined elevator has transparent laminated glasses on all of its walls; it has been designed by the Associated Engineers Fontana & Lotti-Lorenzi.

Its inclination swings from 37° to 43° and its cabin stands a nominal capacity of 1875 Kg / 21 passengers. The 208m track has two stops and can be covered in about 2 minutes thank to a speed less than 2 m/s.

Technology and Design that serve Mobility 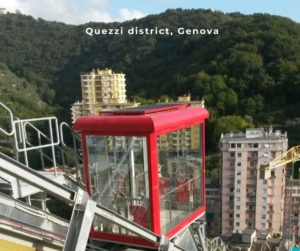 Any infrastructure project involving public transport requires a high level of attention both to the installations challenges and to the public needs.

Over the years, Maspero Elevatori built a deep knowledge of infra-structures for public buildings and passengers’ transportation, which led to safe and efficient solutions, open to unconditioned access.

Issues due to the terrain morphology and the environmental/historical concerns often impact with the Automated People Mover design. The Quezzi District

Inclined Elevator in Genoa represents Maspero Elevatori’s solution vs. an uneven runaway surface, which would have demanded an expensive/invasive excavation.

Furthermore Penang Hill, in Malaysia, hosts one of the most important temples of the surrounding area; a location with both historical and artistic value. Every year millions of pilgrims and tourists can visit the area by overtaking the architectural barriers thank to our Funicular.