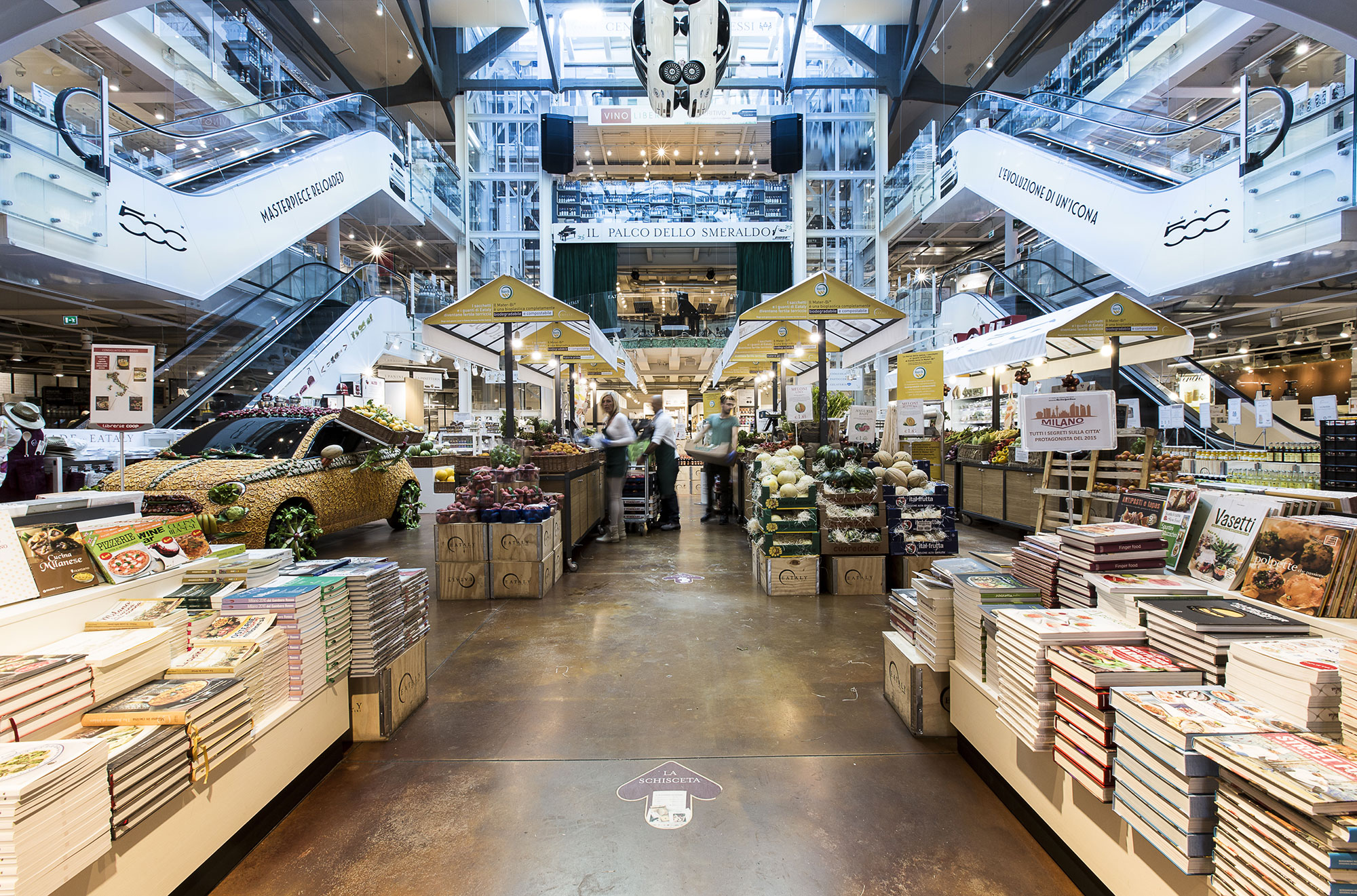 In Milan in Piazza XXV Aprile there is the Eataly store, a sales point of the excellence of Made In Italy food and wine. This new store is located in a symbolic place of Milan, the former Teatro Smeraldo, a place where many Italian and international music stars have sung.

The restoration project of this historic and monumental building was carried out by the engineer Bruno Finzi. The structure is spread over 4 floors for a total of 5000 square meters.

Inside the Eataly store in Milan, the connections consist of two lifts and escalators that Maspero Elevatori provided, the two panoramic vertical lifts and the 4 escalators with glass balustrades, as well as two freight elevators.

The presence of the panoramic elevators and escalators is very discreet, characterized as it is by the use of extra-clear glass and total white metal carpentry. In a game of symmetries they delineate the spaces and define a perspective cone that directs the gaze to the central fulcrum of the former stage. A coup de téâtre!

The two vertical lifts are electrically operated without a machine room, suitable for installation in places with high traffic of people as they allow greater energy efficiency than equivalent hydraulic lifts.

Every detail has been studied to give the maximum possible transparency and fit perfectly into the design of the store. 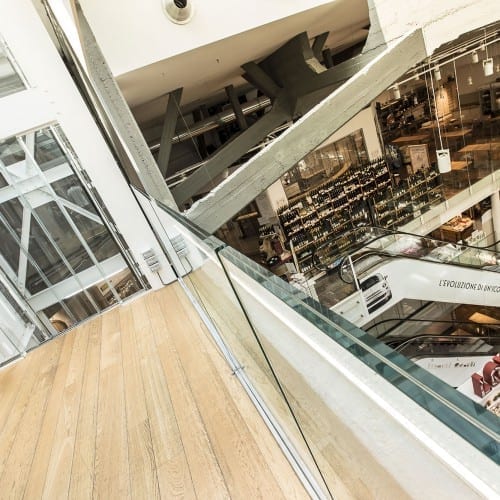 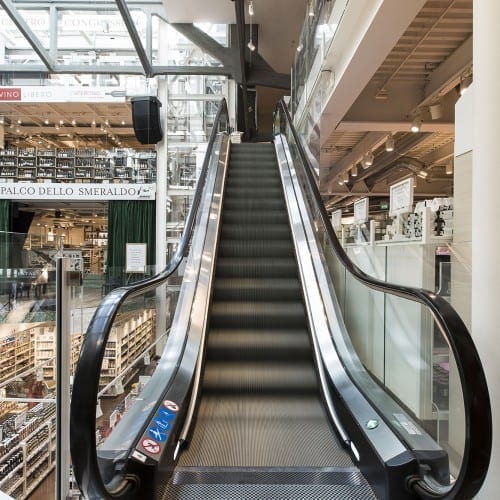 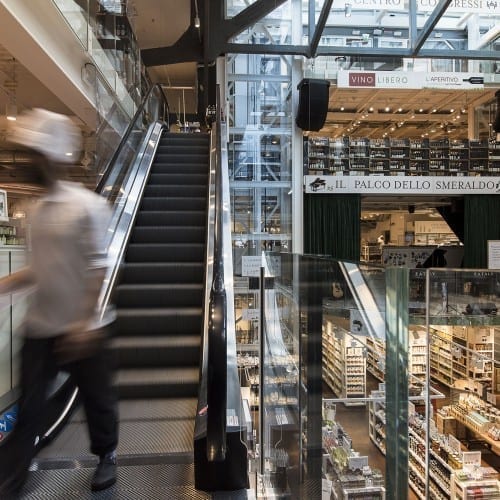 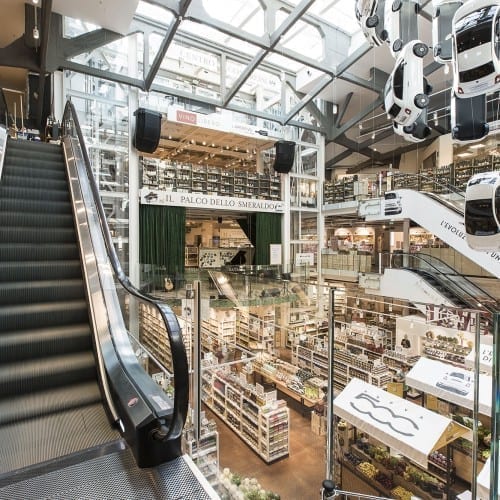 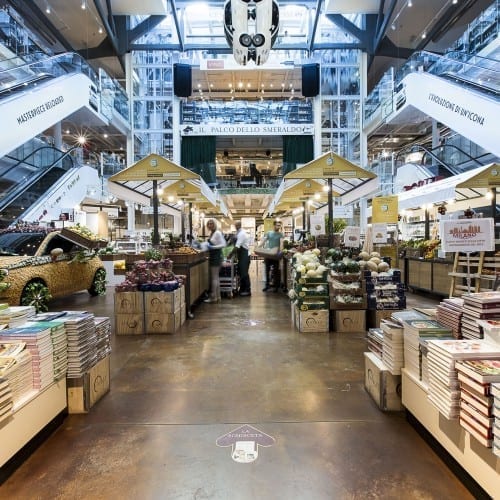 Panoramic Lift in Milan for the Deloitte Headquarters