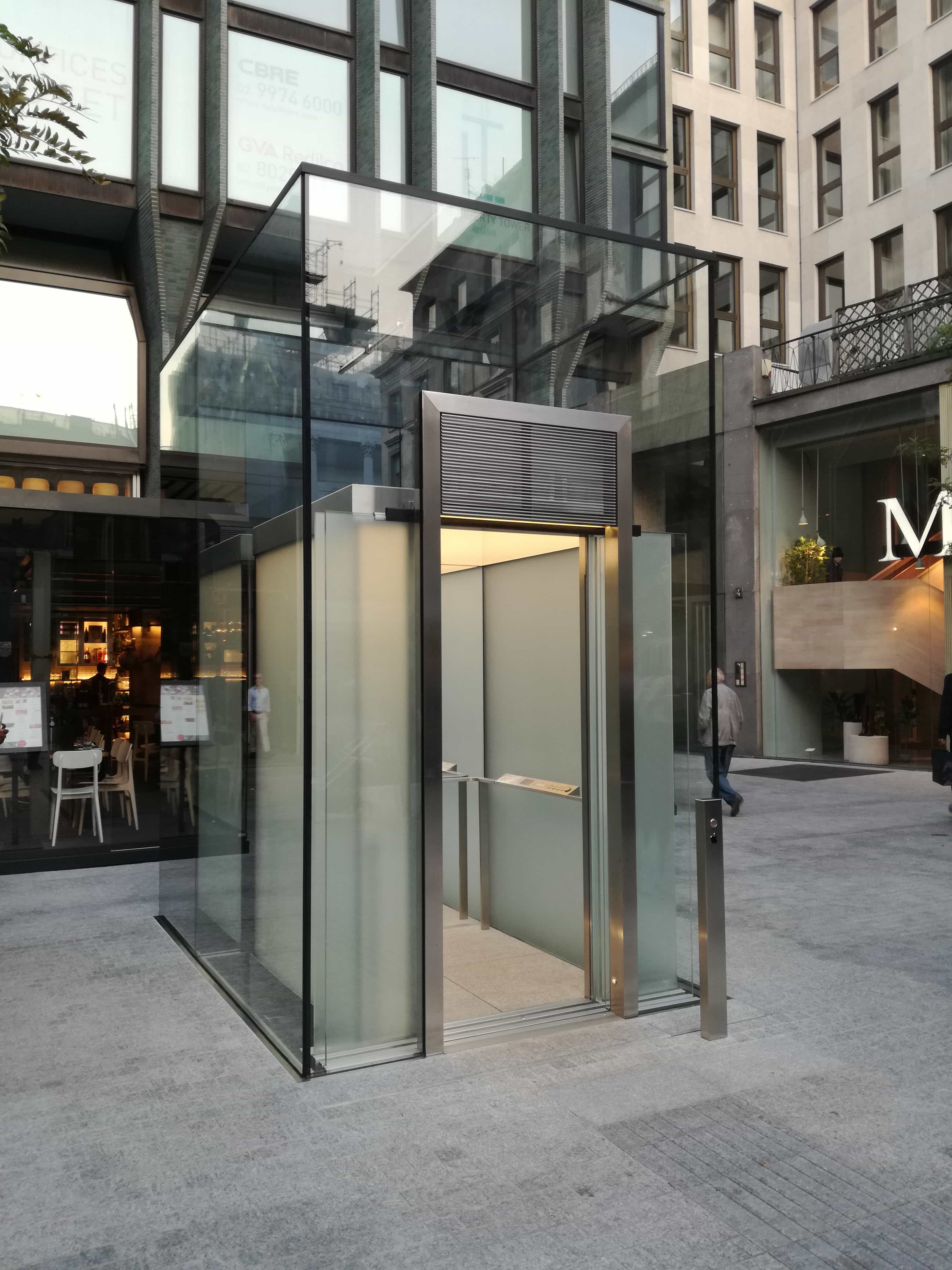 The store develops entirely underground in what were the halls of the former Apollo cinema and elevator connects the public open space of the surface to the underground spaces of the store. A hinge between the two worlds: the analogical, “real” surface and the technological, “digital” of the Apple universe.

A light and transport channel, a sort of network metaphor, of the internet, which connects people not only in the physical dimension but in the whole globalized world. Crystal, thin metal profiles, mirrored surfaces: a minimal and sophisticated design. Clean lines. Lightness. Emotion.