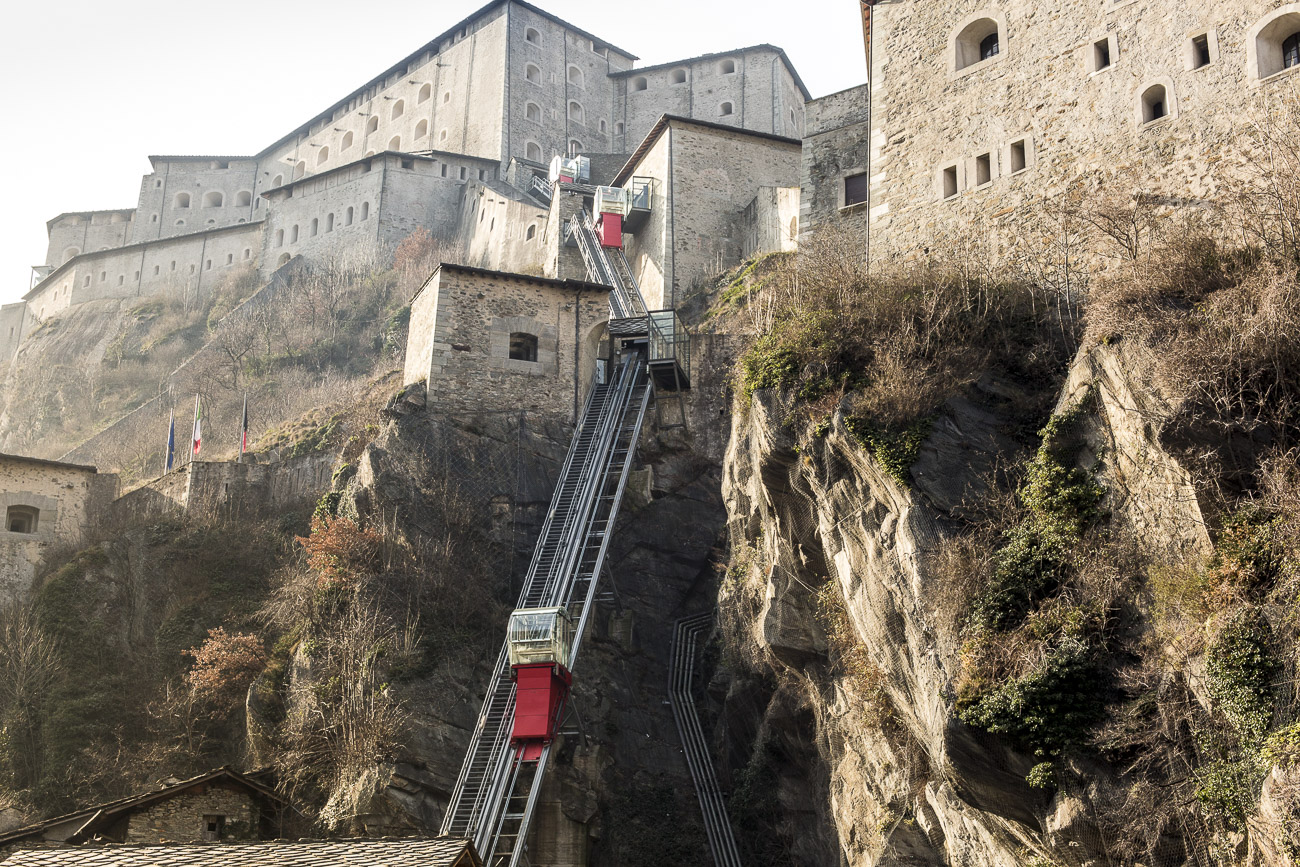 Since 2001 it has been possible to access the Bard Fortress thanks to the three inclined lifts by Maspero Elevatori which have a total travel of 131 meters and three different degrees of inclination 39 ° 44 ° and 52°.

The three inclined lifts each have a capacity of 1150 kg and are each characterized by a panoramic car with a particular rounded shape and a cabin trolley painted in red.

Each cabin has two opposite entrances with 950×2000 doors with lower mechanism for greater protection and aesthetic effect.

Each shaftway has been suitably sized and built in steel profiles, treated for exteriors and rests on the appropriate pillars (locally prepared by the customer).

The challenge to overcome was represented by the morphological conformation of the rugged rocky terrain.

Inside the Bard Fortress complex there are also 9 other lifts between passenger and service lifts, also made by Maspero Elevatori. 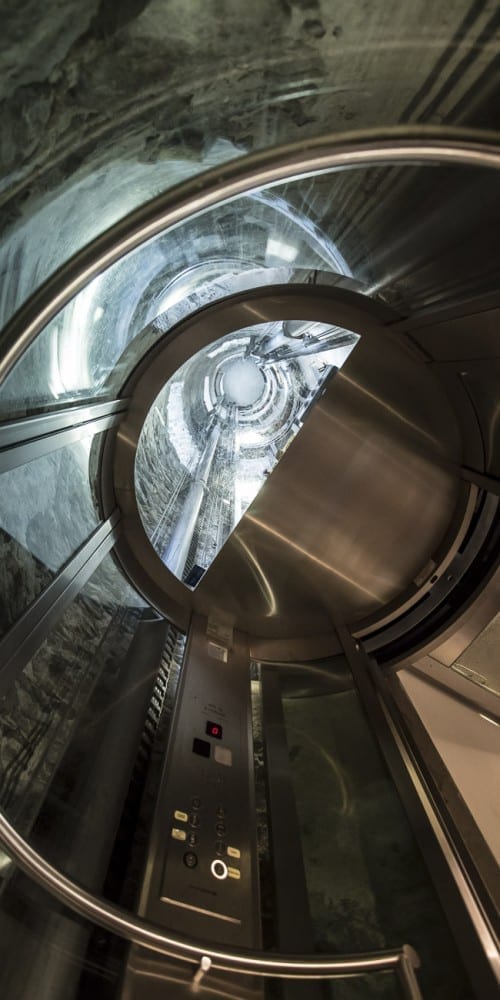 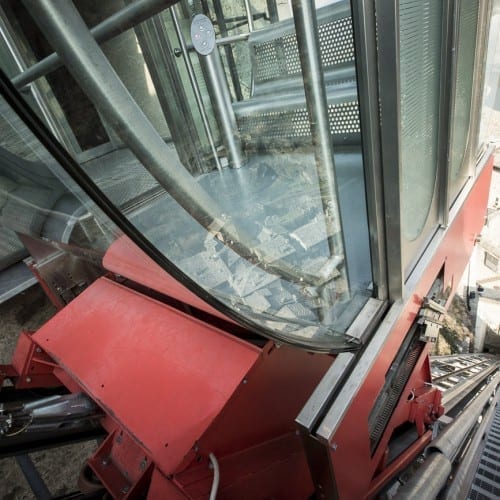 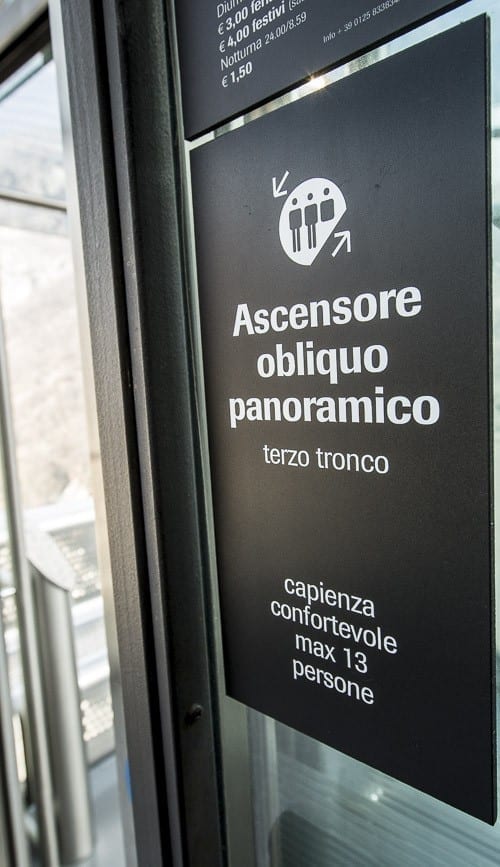 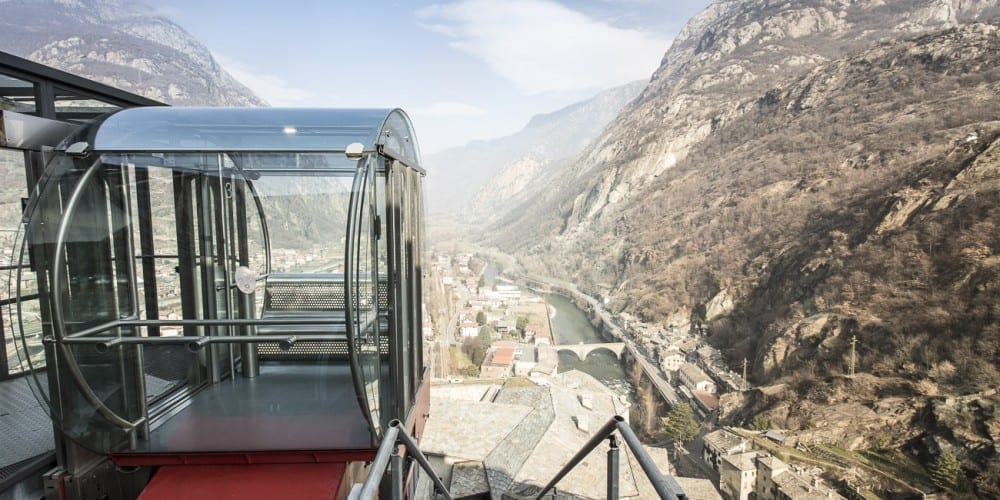 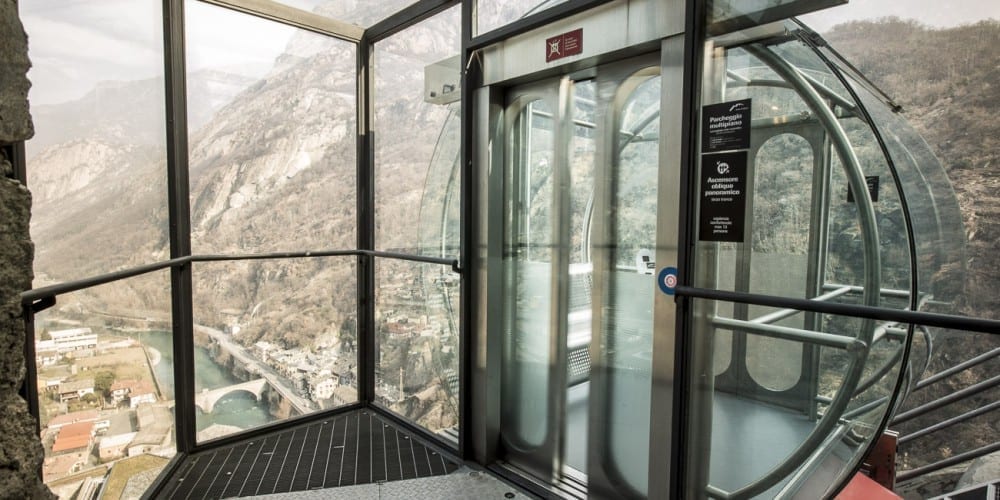 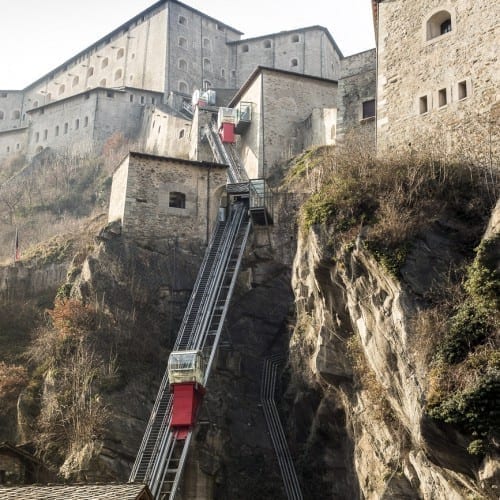